Amrapali Dubey is an Indian TV actress and currently a rising Bhojpuri star. She has stunned the whole Bhojpuri world with her beauty, cuteness and acting skills. She started her career with modeling and then she appeared on Indian TV. She got her name and fame from the TV serial “Rehna Hai Teri Palkon Ki Chhaon Mein” . She played a lead role in this Serial. Other than this she also worked in “Mera Naam Karegi Roshan“. Dubey was also in Sahara One’s fiction show “Haunted Nights“. She also appeared in Zee Tv’s “Saat Phere”. After this, Amrapali joined Bhojpuri cinema and debuted with the movie “Nirahua Hindustani” with Dinesh Lal Yadav i.e Nirahua. 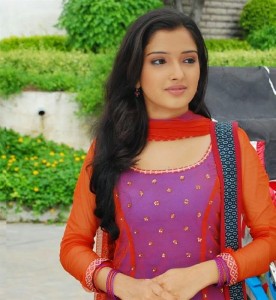 Amrapali Dubey date of birth is January 11, 1987. Amrapali’s hometown is  Gorakhpur, Uttar Pradesh. But, she shifted to Mumbai with her grandfather. Amrapali Dubey completed her education from Bhavan’s College, Mumbai.
She wanna be a doctor initially. But, as said in an interview.. she was not very good in studies. So, Dubey started giving auditions , Luckily she got a chance in “Saat Phere”. Then, she got many roles in TV serials. But, best was yet to come i.e Bhojpuri Cinema.

Entry of Amrapali Dubey in the Bhojpuri Cinema

Started her career with ‘Nirahua Hindustani’ in 2014, she has worked in several Bhojpuri movies till now. In most of her movies, she worked with “Dinesh Lal Yadav” who is famous with his nickname ‘Nirahua’. The combination of Amrapali and Nirahua has really worked on the Bhojpuri Box office. She recently did a show in Doha, Qatar named “Bhojpuri Dhamaka” in December 2015. She has also worked with Akshara Singh and Dinesh Lal in Nirahua Rickshawala 2.

Upcoming movies of Amrapali Dubey in 2019

Haunted Nights on Sahara One