Rehna Hai Teri Palkon Ki Chhaon Mein is the Tv serial which made Amrapali Dubey famous in almost every Indian family. This serial aired between 2009 to 2010 on NDTV Imagine channel. It depicts the destiny of an orphan girl Suman ( Amrapali Dubey ).. who luckily gets a family.

Story is about an orphan girl Suman, who always wanted a loving and caring family. She lives in a girl’s hostel with her friend Kanchan. Because of Kanchan, many times she interacted with kanchan’s mother Kadambari. Kadambari was very much impressed with Suman and she has decided to make Suman her daughter in law.

One day, Suman met Kanchan’s brother Karan and both fell in love with each other.  However, Kadambari liked Suman for her Karan’s elder brother Karthik. After many hurdles, Suman managed to marry Karan. While going for Honeymoon, suddenly break of karan’s car failed and they had an accident. Karan went down in waterfall with his car but, he pushed Suman out of the car.

Karan was presumed to be dead. Everyone blamed Suman for this accident and started hating her except Karthik and his fiancee Nandini. But, soon Suman exposed the evil nature of Nandini. As time passes, Suman and Karthik started liking each other. After some time, they married each other and also Karthik’s family accepted her. Everything was going well.. but, suddenly Karan enters the show. He was not dead. Karan got angry when he came to know that Suman married to Karthik. He tried to breakup this relationship but failed. Later, he married another girl named Paro.

A new angle comes to the story when a young widow comes to this family. She alleged Karthik that he has molested her under the influence of Drug. She pretended that she is going to have Karhtik’s child . Karhtik was compelled to promise that he will marry that girl. In the meanwhile, that girl kidnapped Suman and killed her. Now, story comes for Suman’s spirit who exposed her killer. Few years later, again Suman enters this family i.e Karan and Paro’s daughter. But, Karthik remained alone remembering Suman.

Amrapali Dubey : About and whole career 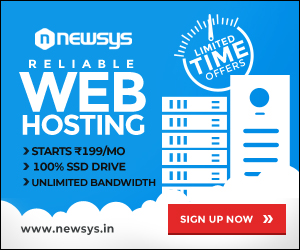