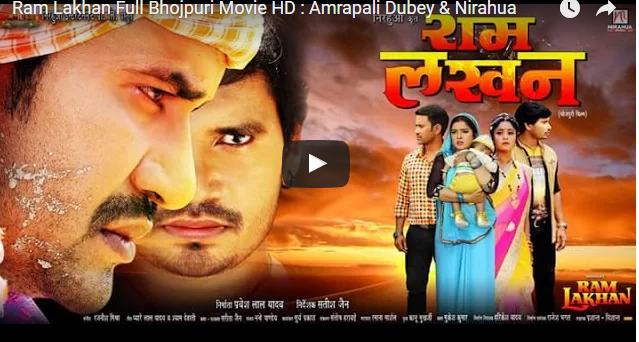 Amrapali Dubey and Nirahua’s recently released Ram Lakhan full Bhojpuri movie has done very well. Dinesh Lal Yadav’s brother Pravesh Lal Yadav has also worked in this movie. Ram Lakhan is a movie which depicts the story of two brothers who love each other very much. But, due to some circumstances , a gap comes between them. Now, the whole story revolves around this. Amrapali Dubey has played the role of a simple housewife. You can watch Full Ram Lakhan Bhojpuri movie below.

Recently, Nirahua, Amrapali, and Pravesh watched this movie with the audience in a theater. It was a surprise for the fans. In case.. you have not watched Ram Lakhan.. below watch Ram Lakhan full Bhojpuri movie.