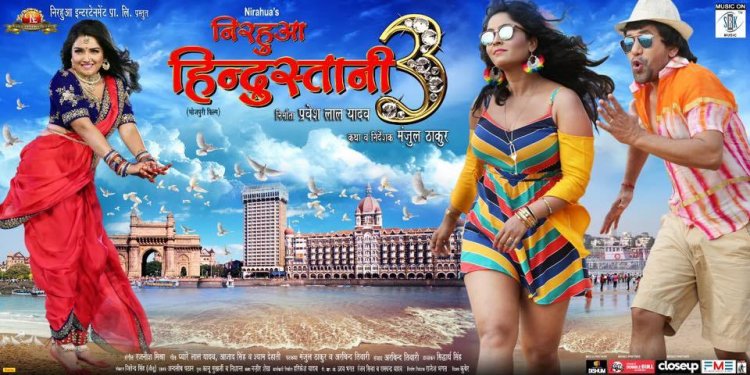 Raja and Rani pair of Bhojpuri Film Industry is back on the with the new sequel of their Nirahua Hindustani franchise. It released on 26th March 2019 and Only first day more than 63 lakh people watched the film, Next day the figure reached to 10 Million which is equivalent to 1 Crore Views. Before this, The first film of this series Nirahua Hindustani had also broken the internet when it released in 2014.

This time there is a slight change in the star cast. Amrapali Dubey and Dinesh Lal Yadav played the lead role in the film as earlier series of the film. Shubhi Sharma is also playing a vital role in the film.