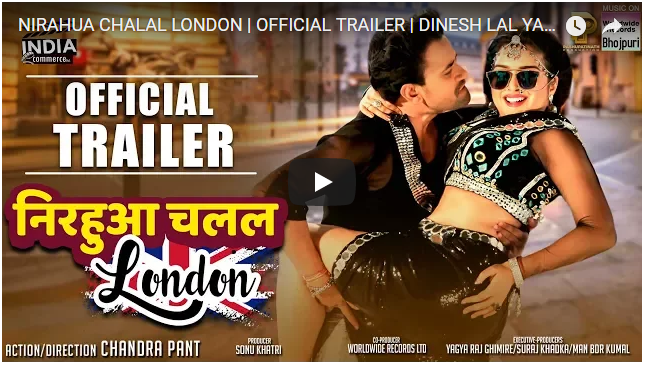 Nirahua Chalal London Trailer is out. The duo is going to rock again at the Box Office as well as Audience’s heart with this Film. The movie is gonna be one of the biggest budget movies of the Bhojpuri  Film Industry. Half part of the movie is shooted in India and another half is in London. Teaser of the same film was released some weeks ago.

Let’s watch the trailer of the Most awaited movie of this duo pair also known as “Hot & Happening Pair”.

One thought on “Nirahua Chalal London official Trailer is out”