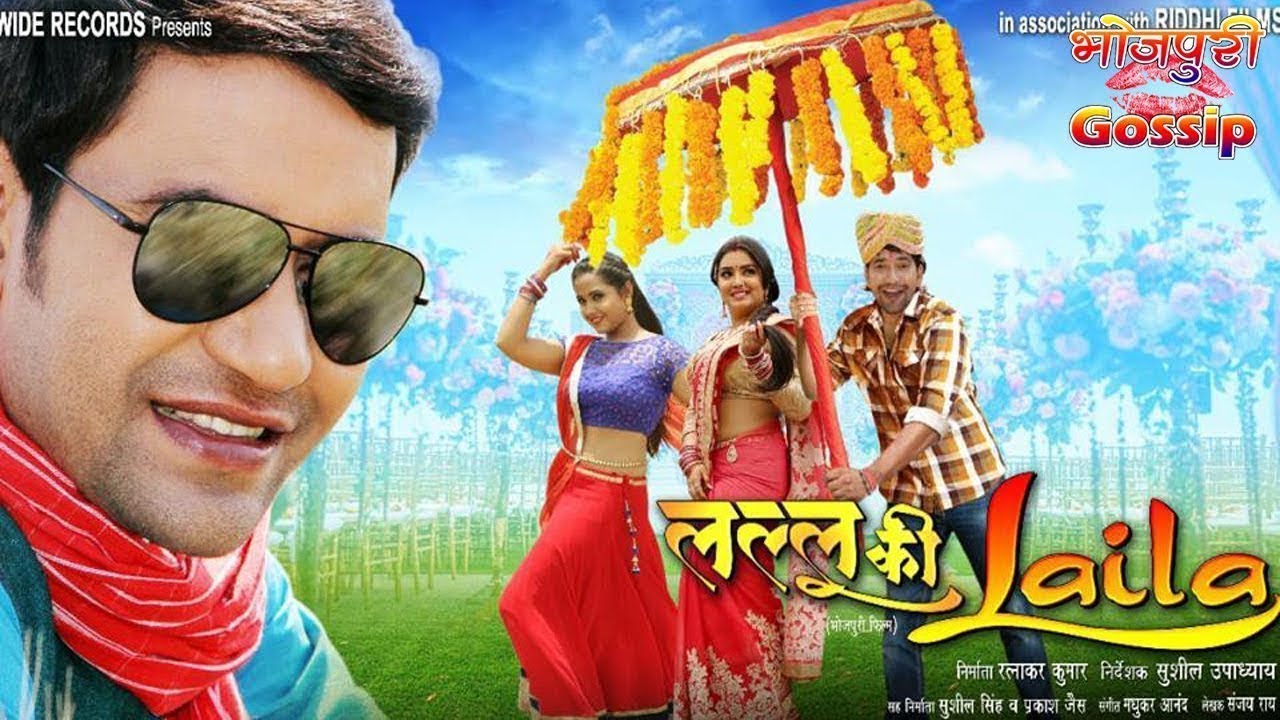 I’m very happy to share with you guys, That again we have a gift from the best pair of the Bhojpuri industry. Yes, you read it right. Amrapali Dubey and Nirahua are ready to come up with a RomCom flick “Lallu Ki Laila”. Now we have only the trailer of the film, but also the film is about to release next month. Let me tell you something about the film like the Starcast, Theme, Storyline and release date also.

Lallu Ki Laila Film is a Trio love story, Two Girls and a boy. Amrapali Dubey, Yamini Singh, and our Jubilee star Nirahua are playing these three main roles in the film. Amrapali Dubey is playing a Lady Dabbang in the film whereas Nirahua is a gentleman in the film. The Supporting cast in the film are Kanak Pandey, Susheel Singh, Sanjay Pandey, Prakash Jais, BIB Bijender Singh, J Neelam, Rina Rani, Deepak Sinha, Dev Singh and Imroz Akhtar ( MUNNA)