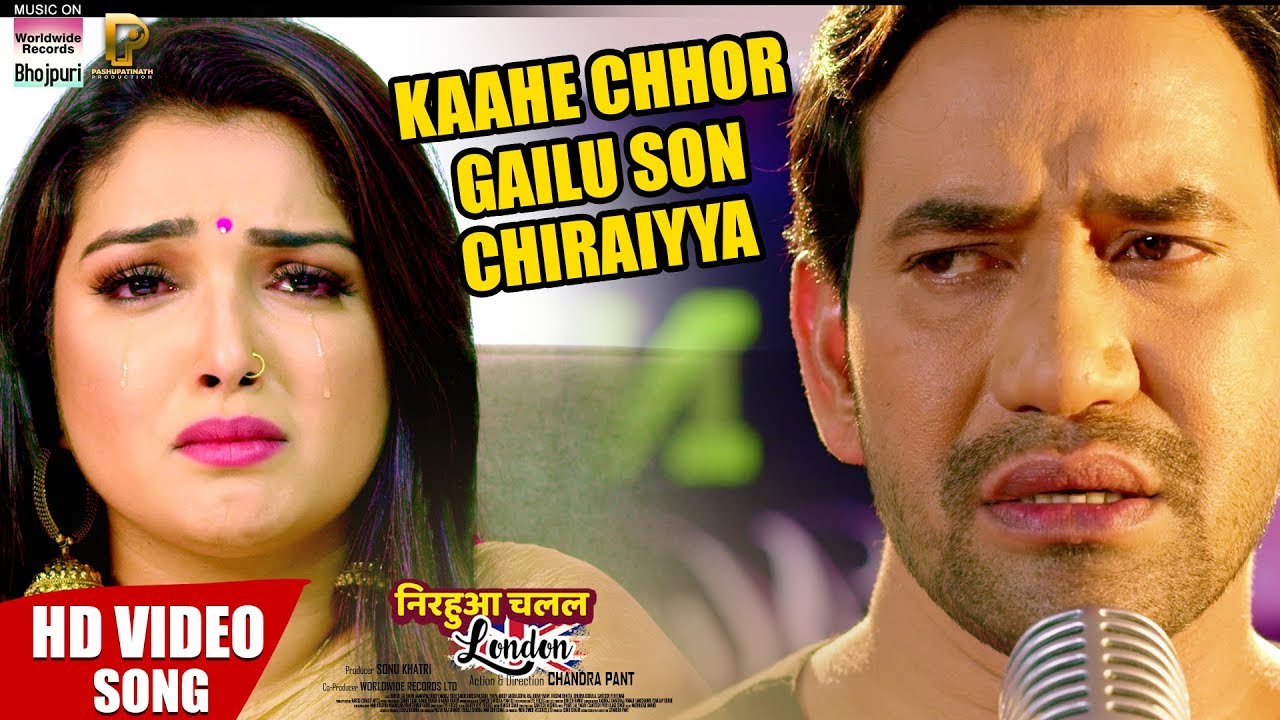 A very emotional song from the film “Nirahua Chalal London” is out now. The Song title is “Kaahe Chhor Gailu Son Chiraiyya”. Along with Amrapali Dubey and Dinesh Lal Yadav, Manoj Singh tiger is also featured in this song.

Let me tell you little bit about the film also. The film Nirahua Chalal London is a milestone in the bhojpuri Industry. The half part of the film has been shot in London. Earlier some films also shot in foreign locations but not in London.