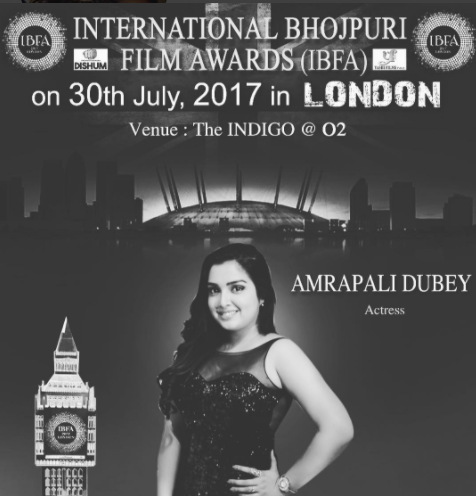 Get ready for the International Bhojpuri Film Awards (IBFA) 2017. Yes, this time IBFA is going to be held in London. Date of IBFA 2017 is on 30th of July.

We can hope that all mega stars of the Bhojpuri industry will come there. Amrapali, Nirahua and his team are already in the London for the shoot of their upcoming movie Nirahua Chalal London. So, they can join this award show from there only.Amrapali Dubey is very much excited for the IBFA 2017. She has already shared an image and it seems this is an officially released pic of IBFA having Amrapali Dubey as it’s cover photo.

Let’s hope best for the Amrapali Dubey and IBFA 2017 London.