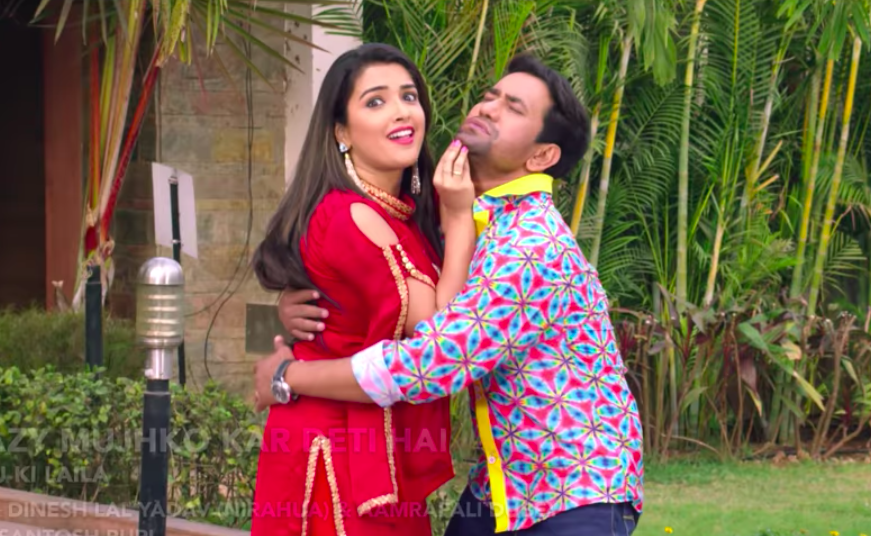 Another video song from the Film Lallu Ki Laila featuring the hit duo Amrapali Dubey and Nirahua is here for you. You’ll see the all time hit Rom-Com act from Nirahua and Amrapali.

Let’s know something about this song and the film. This song has been composed by Madhukar Anand and the Lyrics is given by Santosh Puri. The film “Lallu Ki Laila” directed by Sushil Kumar Upadhyay and produced by Ratnakar Kumar.