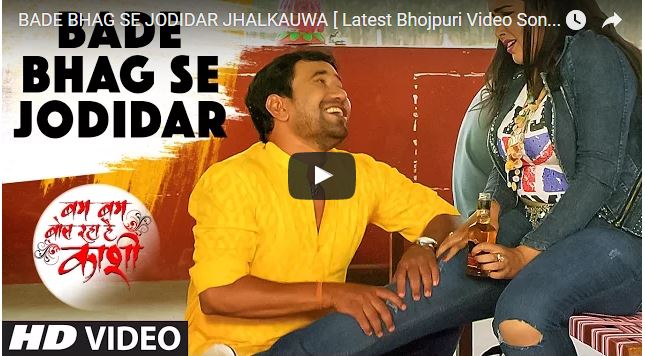 We are here with again a new song of Bam Bam Bol Raha Hai Kashi. The song titled Bade Bhag Se Jodidar Jhalkauwa. Nirahua and Amrapali are in a Dhaba and fully enjoying the moment. Amrapali is drunk and doing full masti.

Song has been produced under the banner of T-series. Bam Bam BOl raha Hai Kashi is going to release on 10th of June. So, get ready for a blockbuster movie this summer.