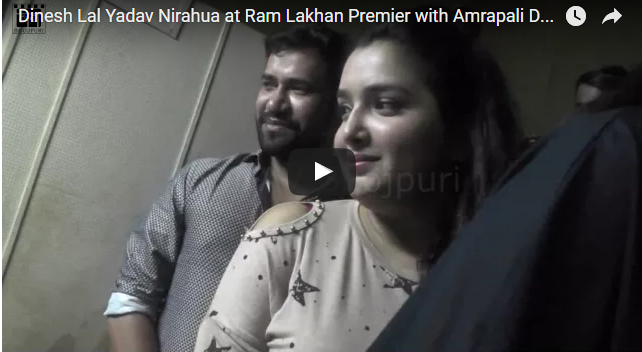 Do you wanna watch movies with the same stars who are in that movie. Probably yes. This dream came true for Mumbai audience when stars like Amrapali Dubey and Nirahua arrived surprisingly to watch Ram Lakhan with their audience.

Last Friday, Ram Lakhan released in Mumbai, UP, Gujrat and Delhi. People really like this family drama. Le I tell you that Ram Lakhan has been released already in Bihar one week ago. With Amrapali and Nirahua, producer as well as Dinesh Lal Yadav’s brother Pravesh Lal Yadav was also with them.

Watch Amrapali Dubey and Nirahua came to watch Ram Lakhan with their fans.